Let me tell you right from the start of this yeast vs baking powder comparison that it’s actually not a good idea to be replacing one for the other. These two leavening agents are not interchangeable.

Baking powder is interchangeable but with baking soda. Those two belong together since sometimes are used together in the same recipe.

Yeast and baking powder can sometimes be used together in the same recipe, it’s a phenomenon sometimes encountered in gluten-free recipes that don’t include xanthan gum.

If you’re read any books about read, you might have found this yeast from SAF mentioned. That’s because it’s a top choice, both for professional bakers as well for us amateurs. The price is awesome, the quality is the best, and you get a big quantity so, you should keep it in the fridge for long-term use.

This is the perfect example of an awesome baking powder. We are informed that it’s gluten free and contains no added aluminum. That’s why Bob’s Red Mill also advertises it as a superior double-acting baking powder without the metallic aftertaste. Basically, use this one for all your non-yeast baking. There’s no better way to sum up this yeast vs baking powder debate in fewer words. Or, as some user said in its review: “Puffy pancakes, yaaaay!”.

These 3 are what we call leavening agents. The name gives their purpose away: they make the dough/batter rise.

We’ve discovered the common feature in our yeast vs baking powder comparison: these ingredients help in the making of baked goods by making them rise.

Well, it’s not a big discovery. Everyone already knows that, even those who haven’t baked anything in their life.

We cannot assume that baking powder, yeast, and baking soda are all the same just because these 3 are leavening agents. There are differences between them.

In this post we’re going to focus on yeast vs baking powder but you’ll also be talking briefly about baking soda since it’s closely related to baking powder. The purpose is just to make sure that you never confuse them when it comes to baking.

Yeast: What It Does and What It’s Used For

Yeast is one of the four basic ingredients for making breads and pizza dough. The other three are water, salt, and flour.

That’s the first thing that comes to mind when thinking about yeast.

Yeast is the ingredient that makes the dough double in size. It’s another thing that we associate with this leavening agent.

How does it do that? By consuming the sugars and starches (carbohydrates) and expelling carbon dioxide. It allows the dough to develop flavor and gluten (strengthens the dough’s elasticity).

There are two forms for yeast: dry yeast and fresh yeast.

We use dry yeast for all kinds of breads and pizza dough. Read more about it in how much yeast is in a packet.

Fresh yeast is also known as cake yeast. I must admit that I don’t have much experience with cake yeast because I don’t bake desserts that often. I prefer watching my mother do the majority of the desserts that we eat.

Fresh yeast can be added to dry ingredients directly or it can be softened in liquids that have temperatures in the range of 90°F – 95°F. You need to be precise with that.

Yeast can be considered to be the only leavening agent that strengthens the gluten, which is why we use it for our traditional breads (artisan breads) and for making pizza.

Another characteristic that sets it apart is that the fermentation process takes quite a long time. But that long process of fermentation is totally worth it because yeast is an ingredient that develops flavor, it actually influences the delicious flavors that we associate with bread and pizza.

It is a live organism, unlike the other two (baking powder & baking soda). And it’s the one that brings delicious flavors to baked goods.

Baking Powder: What It Does and What It’s Used For

Baking powder is another leavening agent that produces carbon dioxide in order to make batters rise.

The common type of baking powder is double-acting. What does that mean? It means that there are two leavening phases (rises) that occur: first rise when the baking powder comes in contact with the liquids and the second rise when it’s heated.

Usually, 1 teaspoon of baking powder is used per 1 cup of flour.

It’s definitely completely different from yeast. But it has a lot in common with baking soda, which is obvious since baking powder actually contains baking soda.

Baking powder is used when the recipe doesn’t include an acidic ingredient.

When ingredients like this are mentioned, usually baking soda is used because baking soda is actually the base that reacts with the acid making bubbles. From that reaction, carbon dioxide is produced.

Baking powder already contains the acid that neutralizes its content of baking soda. So, it’s often used in recipes that don’t include an acidic ingredient.

But baking powder can easily be used instead of baking soda, you just need to remember a quick trick.

You Can Use Baking Powder Instead of Baking Soda

Why the big difference in quantities? Because baking soda is very powerful, it’s three/four times stronger than baking powder.

There are recipes that mention adding both baking powder and baking soda. It’s a good idea because it can be preserving the flavors better and provide enough leavening to obtain fluffy desserts.

This replacement is not as easy to achieve.

Frankly, I’m just going to say that it’s so much easier going to the store and buying baking soda or just giving up on that recipe for the time being.

Basically, 1 teaspoon of baking powder will be substituted with 1/4 teaspoons baking soda and 1/2 teaspoons cream of tartar or 1/2 teaspoons vinegar/lemon juice.

Can You Use Baking Powder Instead of Yeast?

You get where I’m going with this: it’s not a good idea to replace yeast with either baking powder or baking soda.

They just belong to different categories and I just could have said that and this whole yeast vs baking powder debate would have ended much sooner. 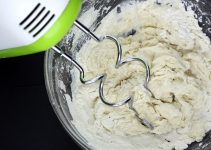 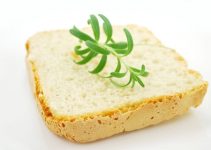 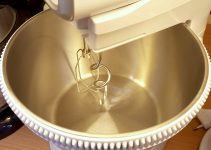