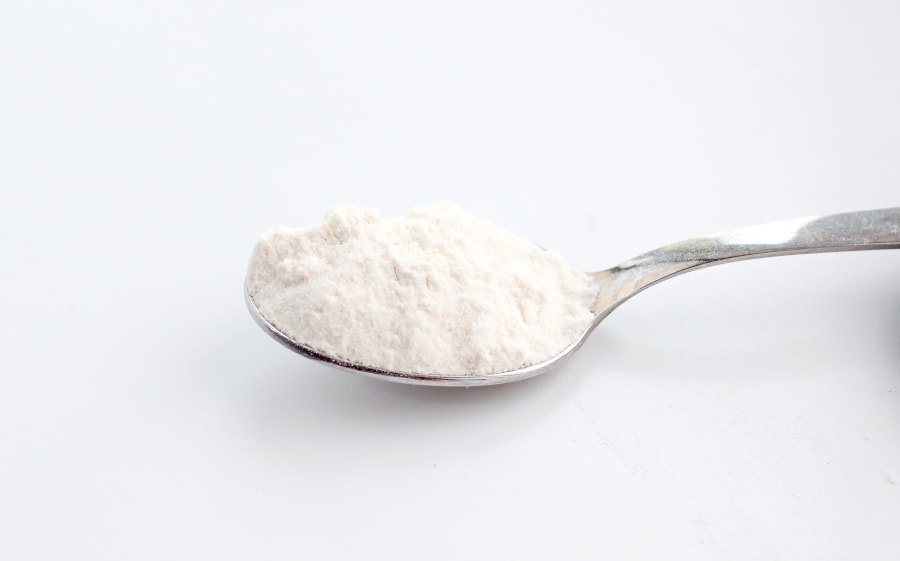 There are plenty of substitutes for xanthan gum. We will explore all of them and then you can decide which one you would like to try.

I understand that for some this might be regarded as a controversial ingredient but since I have read the words xanthan gum on so many products since I was little, for me it’s totally normal, since it’s found in the food, oil, and cosmetic industries.

It’s still a good idea to talk about alternatives and I’m really happy to do that. Some people just love eating additive-free products as much as possible.

Most Popular Substitutes for Xanthan Gum

So, you either don’t have xanthan gum in the house or, for whatever reason, you don’t want to use this particular ingredient. Let’s talk about substitutes, about what other ingredients would work instead and how you can replace them.

Chia seeds are perfect substitutes for xanthan gum. And very healthy, they contain fiber and nutrients.

They are also very easy to use as a replacement because they substitute xanthan gum on a 1:1 ratio.

The simplest way to use them is to add 2 parts hot water to 1 part chia seeds. Stir and then you’ll notice the mix turning viscous. This is the gel that you’re going to be using.

Others use 3 times more hot water than chia seeds.

You might just need to increase the baking time by 10-15 minutes.

They can also be used whole, adding a crunchy texture. Or you can grind them for a smoother texture.

Flax seeds are incredibly similar to chia seeds as substitutes for xanthan gum. At least they don’t look the same but they have quite a few aspects in common.

The replacement goes on a 1:1 basis, meaning that you should replace with the same quantity, which definitely makes the whole process a lot easier.

In order to obtain the mix to be used in baking, mix 2 parts hot water to 1 part ground flax seeds.

Flaxseed also works as a flour replacement. It can replace about 1/4 of the flour needed in a recipe. The rest of 3/4 flour requested by a recipe will be covered by other gluten-free flours.

Obviously, gelatin doesn’t work for vegans. But we all know how it works and what it does.

It can be used for all baked goods and it works on a 2:1 ratio – use 2 parts gelatin for 1 part xanthan gum.

Obviously, the reverse works, too. But, usually, the vegan alternative to gelatin is agar agar.

This one is the vegan alternative to gelatin. It’s derived from seaweed or algae but it’s flavorless, there’s no need to worry about that.

It is another fantastic substitute for xanthan gum because it acts the same. It binds and thickens. You will be able to make chewy breads and moist cakes that don’t crumble.

However, you must use it with caution because if too much is added, it will make things soggy.

If you use it for making breads or cakes, the powdered form works great.

For breads, you can use 1 teaspoon agar agar for 1 cup of gluten-free flour.

For desserts, use just 1/2 teaspoons agar agar for 1 cup of gluten-free flour.

Those who are not vegan can definitely benefit from the power that egg whites have. They can bind and leaven dough and batter.

Egg whites work especially well for quick breads and cakes. That fluffy light texture that they bring to baked goods is an additional bonus.

However, check out the other substitutes if you want to make kneaded breads because egg whites are definitely not it.

Psyllium husk powder is a form of fiber that is known as a laxative so, those with digestive problems shouldn’t consider this one as their first choice for a substitute.

It works great, acting the same, preventing baked goods from getting crumbly by retaining moisture.

It works for baked goods made with yeast but also for desserts of all kinds.

This is another binding agent that can serve as a substitute and it also comes in powdered form. It’s made from a seed native to tropical Asia.

Sometimes, guar gum and xanthan gum are actually used together in a recipe.

Guar gum is only a good substitute in some circumstances: it’s best used for cold products, like pastry fillings, ice cream.

It’s not good for baking breads because it doesn’t help starches trap air.

Foods that have a high acid content don’t benefit from guar gum because the acid affects its thickening abilities.

This one works better as a thickening agent for foods but it’s also good for baking. You can use it for sauces, gravies, stews, breads, desserts. It works on the 1:1 replacement ratio.

Just make sure to check that it’s gluten-free certified.

Konjac powder is another awesome substitute for xanthan gum that is replaced on a 1:1 basis in baked goods.

What Xanthan Gum Does for Gluten Free Baking

Gluten-free recipes require xanthan gum, this is an essential ingredient when it comes to gluten-free baking.

What is its role?

It’s a food additive and it’s very popular for its thickening, stabilizing, and emulsifying properties. It’s a binding agent.

In gluten-free baking, xanthan gum is used because it imitates gluten. It’s the ingredient that replicates what gluten does and that’s why it’s such an essential ingredient.

Gluten is what gives a dough elasticity, its texture, it holds everything together, it traps the carbon dioxide that results from the yeast in order for the dough to rise and take shape.

Well, that’s the role that xanthan gum takes when it comes to gluten-free baking. As you can see, you either use it or you use substitutes for xanthan gum but you have to use something, unless you want to ruin the recipe and your ingredients.

These types of ingredients prevent gluten-free baked goods from being dry and crumbly. You don’t need to use a large amount but you need a bit.

Xanthan gum is plant-based. It’s obtained by combining aged/fermented sugars with a bacteria. The name actually comes from that bacteria, Xanthomonas campestris.

It’s available as a powder substance and it’s also flavorless and odorless.

There is little evidence that could point out that xanthan gum is unhealthy. It is even used to make medicine and it can be used as a laxative or to lower blood sugar or to lower cholesterol.

How Much Xanthan Gum Is Used for Baking?

Each of these quantities are per cup of flour.

Xanthan Gum: Is It a Polarizing Ingredient?

fromthelarder.co.uk tells us that this is a polarizing ingredient for those who have to adhere to a gluten-free diet.

The reason for that?

Because people that suffer from gluten intolerance already have sensible digestive systems. Since xanthan gum can trouble the digestive system, I’ve mentioned above its laxative properties, it makes people wary of it.

People who are gluten intolerant can react to products with xanthan gum the way they might react to gluten. But there are no studies to explain if that can indeed happen and if the effects are serious.

Even The Gluten-Free Bread Machine Cookbook by Jane Bonacci advises people who have digestive issues to leave out the gums (meaning xanthan and guar) because some people can’t tolerate even small amounts.

Instead, the book tells readers to try psyllium husk flakes or powder, which they use in the recipes for pretzels and pizza crusts as substitute for xanthan gum. But we have demonstrated that there are plenty of other substitutes.

Overall, this cookbook containing gluten-free recipes for bread makers employs xanthan gum in the large majority of their recipes.

Try using a bit less than a recipe suggests if you have any worries and see how that goes. Even tiny amounts should bind the ingredients and prevent the baked goods from crumbling.

Some also consider that you don’t need a binding agent in every gluten-free recipe and I will give you a few examples that support that claim.

You might be able to achieve the same result by mixing the right flours with eggs, milk, and butter.

Those recipes have milk, butter, eggs in common so, they don’t address the needs of those on a vegan diet.

The good news is that their gluten-free thin-crust pizza is just made with yeast and baking powder.

Kneaded breads, those made with yeast but not milk, eggs, butter might require a binding agent, which can obviously be any of the above substitutes for xanthan gum.

If you’re using gluten-free bread mixes then there’s no need to know about substitutes for xanthan gum because all those mixes already contain it.

That’s their advantage, they already contain all the essential ingredients for gluten-free recipes. They contain an array of flours and the obligatory xanthan gum.

But gluten-free mixes are also pretty expensive and you can’t use them to make everything. For that, we have these substitutes for xanthan gum, in case you like your goods to be additive-free. 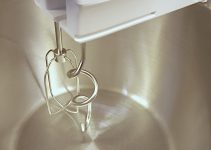 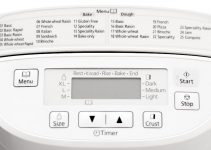 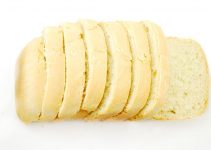