Measuring the internal bread temp is an easy thing to do as long as you have a digital kitchen thermometer, the kind that specifies that it can be used for bread.

But is it something that you absolutely need to do? And which is the desired bread internal temperature? 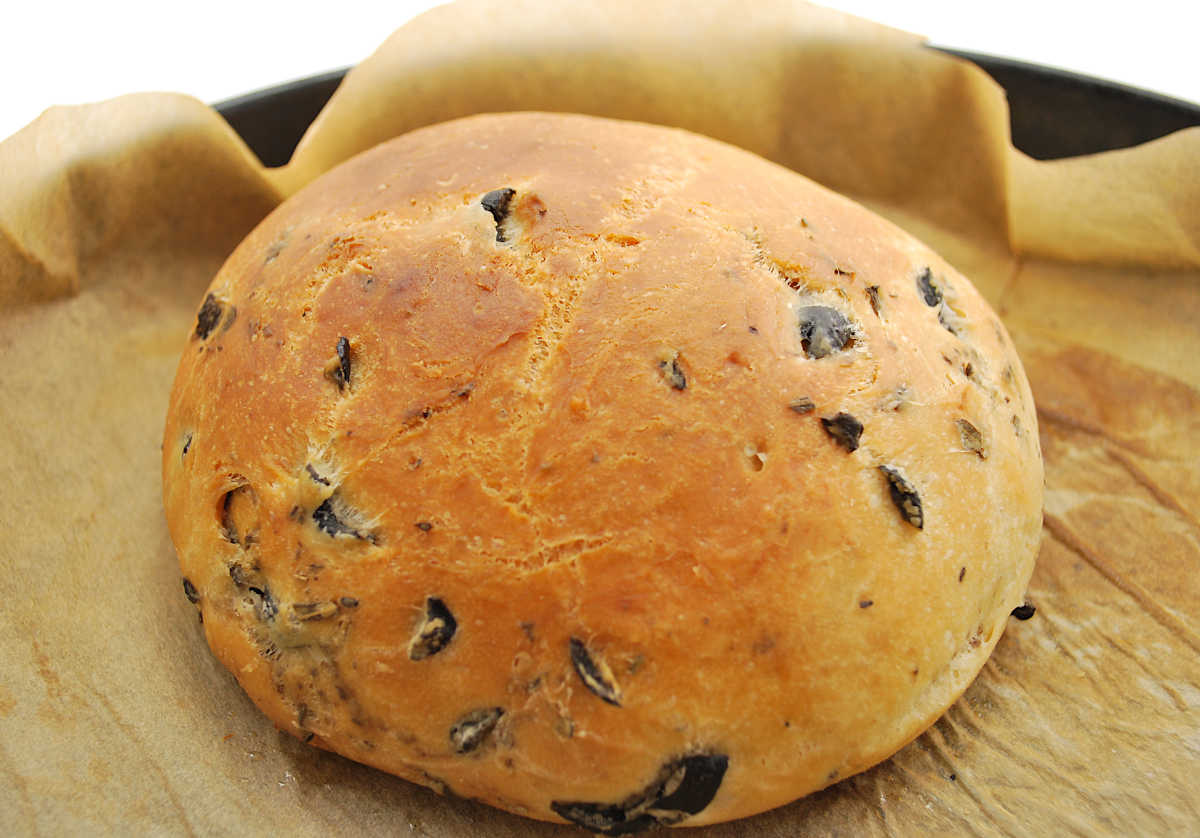 I bet you absolutely didn’t expect that I would say that there is a controversy on the subject of what internal temperature bread should have. Well, aren’t we lucky? (by the way, I’m totally sarcastic).

Let me tell you my side of things and then we’ll move on to what others with a lot more experience are saying.

I don’t measure the internal bread temp because I judge it by crust color and that specific hollow sound that it makes when you tap it on the bottom.

Moreover, I consult my books because I’m a nerd and establish which is the approximate baking time and the right temperature, depending on what type of loaf I’m making.

That’s my methodology. Now, let’s see what others are saying.

If we were to consult what those from King Arthur write on their blog, the desired internal bread temp for those made with yeast is 190 degrees Fahrenheit, measured in the center of the loaf with an instant read food thermometer for bread.

They take it further and tell us that:

Can the loaf be undercooked?

On the other hand, if we were to go by what those from Cook’s Illustrated are saying, then the right internal temperature for a loaf should be between 195 and 210 degrees Fahrenheit on an instant read thermometer.

However, they actually did a test and determined that a rustic Italian bread reached their optimal 210 degrees F 15 minutes before the recommended baking time. It was half baked although it had the required temp.

So, you still need to know precisely about the recommended baking time and you should wait for the loaf to have the desired crust color.

Internal Bread Temp: How to Know When Yeast Bread Is Done

There are two categories of people who are asking how do you know when bread is done:

From this, we actually understand that measuring the internal bread temp is not something you absolutely have to do. Most of us don’t. And, as I’ve already established above, it’s not something that reliable either.

Still, if you’re curious, the right internal bread temp is 190 degrees F at the center.

If you stick an instant read bread thermometer in the center of the bread and it reads 190 degrees F, it means that your loaf is ready to be taken out of the oven. You should get a soft and moist crumb.

Measuring this temperature in the center of the loaf is how you can try to avoid getting an over-baked bread or an under-baked one.

This works very well for breads baked in loaf pans and for boule (round loaves), which can be baked in a cloche, Dutch oven, on a baking stone or simply on a baking sheet.

If we’re talking about yeast breads like batard, focaccia, baguettes, small rolls, then you can’t really measure their internal temp. They’re just too thin. You’ll just have to go with the crust color as an indicator (browned crust) for when they’re baked completely.

Picking a Thermometer for Bread

The first characteristic of a thermometer for bread is that it’s instant read.

Secondly, if you’re shopping for one, you should make sure that it actually mentions the word bread when the manufacturer states what it’s for. All models mention which foods they work for.

Usually, all-purpose thermometers are the most popular. In their names or descriptions, they’ll include words like cooking, BBQ, grilling, baking or variations of these.

Others will mention that they’re for bread, candy, yogurt, liquids, baking, BBQ meat.

If it just mentions the words meat thermometer without adding baking, that one is definitely not for measuring internal bread temp.

One example of such a thermometer is the Kizen Digital Thermometer for Cooking. It’s has a nice affordable price, too.

Another Way to Know When Bread Is Done

Another helpful way of knowing that your bread is done is to just follow the recipe.

If you set the right temperature at which bread is baked and bake it for the time that the recipe specifies and you get the right crust color, then you don’t have to rely on measuring the internal bread temp to know that it’s baked perfectly.

Bread cookbooks definitely come in handy for knowing exactly which is the best baking temperature for the type of loaf that you’re making and the type of bakeware that you’re using.

One of my favorite books, Bread Baking for Beginners by Boonie Ohara, actually mentions that we need a thermometer but not for what you’d expect.

It instructs us to measure the temperature of ingredients. We should measure water and flour temperature and even air temperature if we want to achieve the ideal dough temperature between 75 and 78 degrees Fahrenheit.

Well, I let my bread machine make the dough. The dough cycle actually starts with a rest period of about half an hour, where it brings all the ingredients to the desired temperature. Only after that it mixes and kneads.

Infrared thermometers can also be used for the oven but that’s not exactly necessary. That mostly belongs to pizza making.

In another favorite book of mine, Flour Water Salt Yeast by Ken Forkish, we discover pretty much the same. An instant-read probe thermometer is part of the recommended equipment but just for the ingredients (mainly water and dough temperatures), with no mention of measuring the internal bread temp. 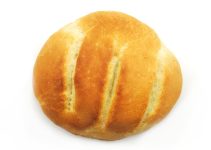