The first clue about what is batard bread is in the name, it clearly has a French name. So, we know that it’s a French loaf. But we’re left to find out exactly what type it is. We’re going to do that mainly through a batard bread recipe.

I promise you that it’s going to be a really interesting article where you’ll discover even more about artisan breads from around the world.

This has served as an inspiration for the batard bread recipe that I included in this article. It’s a wonderful book with numerous recipes, just as the title says, perfect for beginners. I advise you to carefully read the Part One: The Process of Baking Bread and then move on to the recipes. The ones for pizza are just as awesome.

All purpose flour is used to make batard bread. The one from King Arthur is one of the best but you can definitely use whatever type you have in the house. Can you use bread flour (hard flour) instead? Of course, if that is your preference, it will be delicious. Just make sure to always get unbleached.

The package is huge, the price is great, and the quality is the best. The SAF Red Yeast is just the best, there’s no other words needed to describe it.

The other two ingredients needed for a batard bread recipe are water and salt. Check out the recipe below, right after I explain what makes this loaf different from the other two famous French breads (baguette and boule). 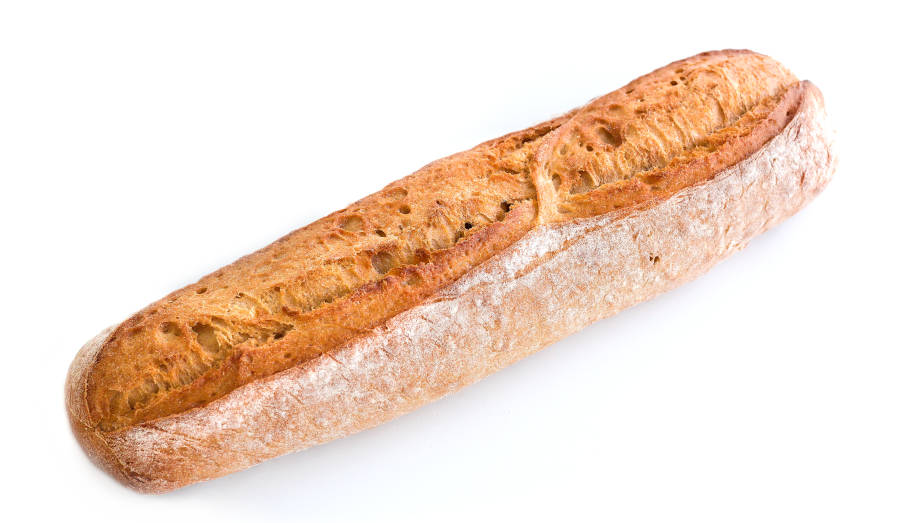 How did it get its name? Because this is where things get interesting.

The word batard means bastard in French. What a funny name to give to a loaf of bread.

It definitely stands out from the most famous types of French bread, which are baguette and boule. Boule is the name for artisan breads that have a round shape, which can be easily achieved by using a proofing basket.

Batard bread is shaped like a football. That’s the best way to describe its shape. Although, there are some who make it more elongated at the end, while other make the end more round.

It has an oval shape but you can take some liberties with shaping it.

In the 19th century a baker came up with this third shape for French bread and it was a success. It’s the third shape between those two famous ones. Not a baguette nor a boule, just in between.

The ingredients are the classic ones. The difference is in the shape actually.

Is batard an artisan bread?

Let’s take a look at the definition for artisan loaves. Artisan is a name that encompasses a wide variety of loaves, actually.

Moreover, it encompasses those kneaded by hand, which this one definitely is. You will have to knead for about 10 minutes, first mixing the ingredients for 5 minutes.

But you can also use a mixer to knead to dough. You’re in your kitchen, there’s no one stopping you from using a dough kneading machine. The result will still be delicious.

Water, salt, flour, and yeast are the only ingredients used, which indeed is the case for the batard bread. 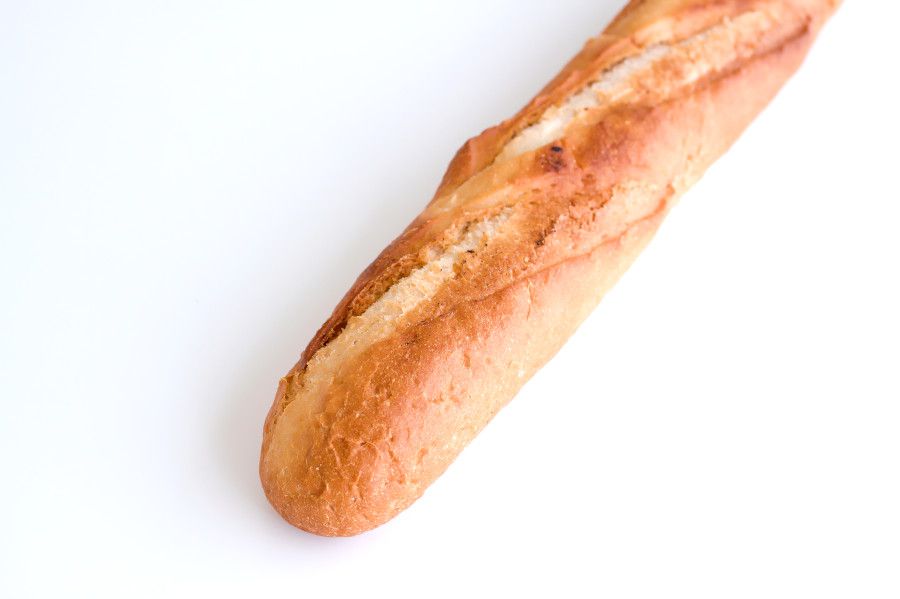 The first difference between these two French breads is that one is more famous than the other.

The second difference is in the shape.

Everyone thinks of France when mentioning the word baguette. We have an instant picture in our heads of what it looks like just from mentioning the name.

If you tell someone I made a batard bread today, it’s an absolutely high chance that they’ll just stare at you and they’ll draw the conclusion that you ate some kind of bread. There’s no image that comes to mind.

Baguette means stick. It’s a stick of baked dough that’s absolutely delicious. The enjoyment also comes from the unique shape, without a doubt.

It’s also very light because it usually only weighs around half a pound (250 grams). It just gives the illusion of being bigger thanks to its elongated shape.

There are actually 4 types of baguettes: traditional half pound stick, moulded baguettes (made in industrial ovens), floured baguette (paler in color, coated with a fine flour before baking), and huge flutes (twice the length of a normal one).

A batard can also be half length of normal loaf due to its shaping. It is shaped pretty much like a football, somewhere between the boule and the baguette. 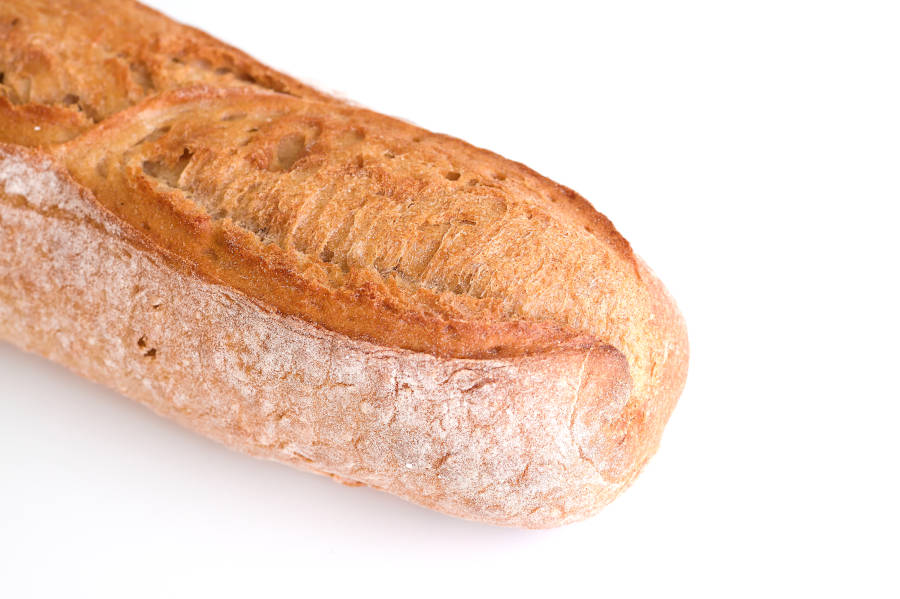 Before going into how to make batard bread, we should remark how seriously French people take their bread.

There are 3 world-famous French products that result from fermentation: bread, wine, and cheese. That’s just how important it is.

The inspiration for this batard recipe comes from the Bread Baking for Beginners by Bonnie Ohara, which is just such an awesome book about bread.

This is a recipe that will make 2 loaves. And they will be quite pretty big loaves. Even if you have a bigger family, it will suffice.

If you want just one loaf, cut the ingredients in half. You can also make two mini loaves from the halved ingredients, in case you want them to fit in your Dutch oven.

Mix the dough for 5 minutes and knead for 10 minutes.

If you want to remember the time it takes to make a batard loaf, you can remember this verse from the song Il est cinq heures Paris s’eveille by Jacques Dutronc: Il est 5 heures, les boulangers font des batards.

The rest time is actually divided into two:

You can let it rise in the bowl where you mixed the ingredients. Cover it with a towel.

It’s very important to respect the fermentation time because this is when the loaf develop its taste, those deep flavors.
Once the fermentation is done, you can shape the dough for the proofing stage

To make sure that the dough it proofed, with your big thumb, make an indentation in the side of the dough. If it’s not filled immediately and it maintains its shape, then it’s time for baking.

Use a knife or a bread lame to score the loaf right before baking. Just make a long slash from one end to the other.

I would like to tell you that I think it’s just much simpler to use oval proofing baskets, like the Saint Germain Premium Oval Banneton Basket.

I’m not going to describe how you should shape batard loaves because I don’t think you will understand much. It’s pretty complicated to put into words.

Instead, I found this YouTube video that will show you how to shape the batard bread, it’s really helpful.

But, as I said, you can take some liberties with the shaping and do it as it comes to you or use oval proofing baskets.

You can use a Dutch oven for baking but the loaves might not fit in. The other option is to use a bread cloche.

From my point of view, the easiest is to use a baking sheet or a roasting pan. You could also use a baking stone if you have one, the result will be delicious because the crust will be fantastic.

For the baking stone, preheat it for 20 to 30 minutes at 450 degrees Fahrenheit (230 degrees Celsius) and bake at the same temperature until the crust has the desired color.

Also, if you’re using either of these 3 bakeware tools that I’ve mentioned, put a tray with 1 inch of water on the bottom of the oven. You need the steam.

And that’s all there is to know about what is a batard bread and how to make one. 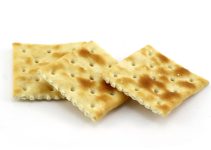 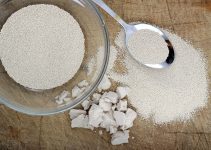