The answer to the question is baking soda an acid or a base is that baking soda is a base or basic in nature and it has a pH of 8 to 9. It is naturally occurring but we buy it in powder form.

Is Baking Soda an Acid or a Base?

If you want to see for yourself that baking soda (sodium bicarbonate, bicarbonate of soda or NaHCO₃) is a base, you just need to perform a simple test.

Grab a red litmus paper. Mix some baking soda with water and dip the red litmus paper in the mix. It will turn blue, which simply and conclusively demonstrates that NaHCO₃ is a base.

Now that we have that figured out, we must also see what it actually means that baking soda is a base, we should also talk about a few other things.

Besides that, I should mention that baking soda can have other purposes than contributing to making baked goods. It can be used for cleaning, beauty products, insect bite relief, deodorizing, weed killer, natural mouthwash, etc.

What Does It Mean that Baking Soda Is a Base? The fact that baking soda is a base means that it reacts with acids to form salts.

That should tell us one thing: in order for baking soda to act as a leavening agent, which is its main function in baking, we need to add an acid to the mix to make it react.

And that’s why baking soda as a base is added to mixes that contain acids.

If we add baking soda to batters that contain acids like the ones I enumerated, it will act as a leavening agent and cause batters to rise when baked.

It will start to act as a leavening agent, releasing carbon dioxide gas, as soon as it’s added to the batter and comes in contact with liquid.

As a base, baking soda forms a fast-acting chemical reaction with its acidic counterpart. The reaction produces carbon dioxide gas or loads of bubbles, which allows our baked goods to rise.

Baking soda is also about 4 times as strong as baking powder.

And it has an indefinite shelf like if we store it in a sealed container in a cool dry place.

The cornstarch is added to absorb any moisture, preventing a reaction from happening until a liquid is added to the batter.

Thus, it’s a combination of a base and an acid.

Nowadays, baking powder is double-acting: it reacts with the liquid and heat, the leavening happening in two stages.

That’s why baking soda and baking powder are used together in recipes. Because they react with one another.

Besides working together, another thing that baking soda and baking powder have in common is that they’re both leavening agents that cause batters to rise when baked.

The third leavening agent that we use in the kitchen is yeast and, besides being a leavening agent, it doesn’t have much in common with baking soda and baking powder.

Baking soda is used in recipes that have acidic ingredients because it’s a base.

Baking powder is used in recipes that don’t have acidic ingredients because it’s a combination of a base and acid(s).

What happens when we use baking soda and baking powder together?

According to joyofbaking.com, when a recipe contains baking powder and baking soda, it is the baking powder that does most of the leavening.

We add baking soda to neutralize the acids in the recipes. And we also use it to add tenderness and some leavening.

Whenever we use either of these two leavening agents or both, we need to sift or whisk them with the other dry ingredients before adding them all to the batter to ensure uniformity.

The first reaction happens when we add baking powder to the batter and it’s moistened. The acid(s) in baking powder reacts with baking soda, which produces carbon dioxide gas.

The second reaction happens when we place the batter in the oven. The gas cells will expand and the batter will rise.

However, if we add too much baking powder, the batter can be bitter or it can rise rapidly and then collapse.

On the other hand, too little baking powder leads to a tough cake with poor volume and a compact crumb. No fluffiness will be tasted by our tongues, which basically ruins everything.

All in all, by answering the question is baking soda an acid or base I hoped you were able to learn a bit more about this leavening agent. 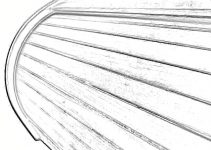 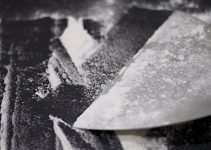