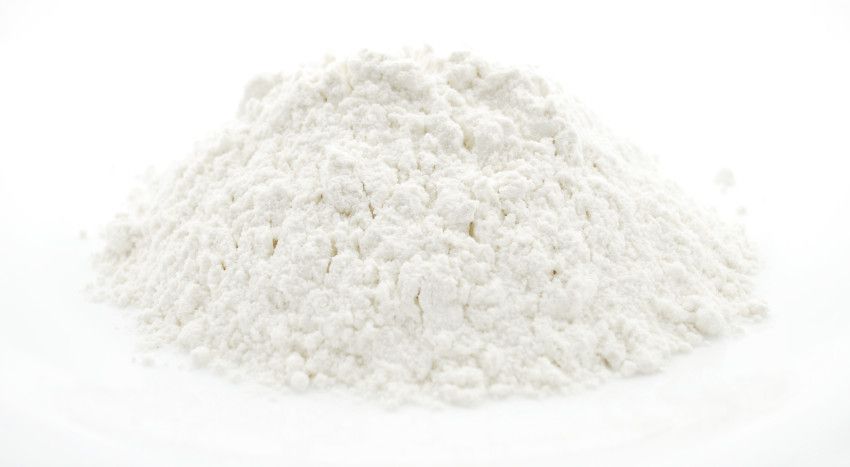 Is there really a need for you to start looking for the best flour sifter?

It’s not exactly a kitchen tool that you can’t live without or bake bread without. It’s not like a loaf pan or a baking sheet.

I actually think that, when it comes to making bread, a dough scraper seems of a higher priority.

A best flour sifter is a kitchen tool that you might want to have in your house but it’s not something that will stop you from bread baking, not at all.

It’s still nice to take an interest in them and talk about it so, you can check some out just out of curiosity and see what’s all about these things.

Especially, if you haven’t used a flour sifter before.

Bread baking can be done perfectly without a flour sifter but desserts might be a whole different matter.

A fine pastry is a delicate thing that needs lighter flour. That’s one clear example where you need sifted flour.

Sifting flour is more of a step included by desserts recipes, which I’m not that comfortable with making. It’s an area where I rely heavily on buying.

Some recipes might even instruct that sifting must be done multiple times. That must be fun.

I wouldn’t have imagined that there are so many flour sifters to choose from.

A lot of research went into this post and I didn’t expect that I would have to spend a few days reading about and analyzing so many models.

I didn’t want to include too many options, I selected those that, in my opinion, are truly good and worthy of your money.

I hope you’ll think so, too.

The Norpro Flour Sifter is my first recommendation for the best flour sifter.

If you need one of these kitchen tools, you should definitely check this one first.

It’s easy to clean but that’s where the dilemma comes in: if you want to wash it, wash it by hand and then dry it as best as you can to prevent rust.

On the other hand,

Others don’t wash it at all.

They just wipe off the excess flour or use blow it clean with compressed air. I wouldn’t wash it, I would just use a brush to clean it and store it away.

The same manufacturer also has an 8-cup flour sifter but that’s way too expensive, about 3 times the price of this one, which is why I didn’t include it on my list. Still, I wanted you to know about it.

This is another extremely popular best flour sifter.

It’s very similar to the above one, almost identical in price. This is one is just an unnoticeable drop more expensive.

That’s not the only similarity between them.

The Bellemain also has a 3-cup capacity.

It’s made of stainless steel.

I love the sturdy look of it, even though it’s another traditional design.

Once again, avoid washing it as much as you can, even if it says that it’s dishwasher safe.

Once washed, dry it so you can make sure that it doesn’t rust.

If you think that the 3-cup models are too small but you don’t want to go for the 8-cup ones, RSVP International offers buyers the option of a 5-cup best flour sifter.

It’s definitely more expensive than the above two models.

It’s made of stainless steel.

This one is unusual, nothing like the other 4 best flour sifters that are on this list but I couldn’t ignore it.

It’s more like a very big spoon, a red spoon with a fine  stainless steel mesh.

The price is a bit much, the above Norpro Flour Sifter costs almost the same.

It’s so practical, simple, and easy to use that I just had to recommend it.

It holds exactly one cup, you can measure with it easily.

Once you’ve got the ingredients scooped up or added to this small sifter, you just have to tap the edge gently and the ingredients are dispersed through the fine mesh sieve.

The mesh is stainless steel, no rusting problems with it, and the rest of this 1 cup is made of BPA-free red plastic.

It’s a totally great design. Easy to store, too.

It’s dishwasher safe but just rinse it quickly by hand and maybe gently tap the mesh with a towel to dry it.

It’s a pretty good alternative to the above models, I just wanted to show you something different.

Simply put, if you have hand or wrist problems but you still want to experience the joys of baking, you can opt for the Norpro Battery Operated Sifter.

I must admit that I am impressed with the price.

I thought that it was going to be more expensive but I shouldn’t have because this is a basic kitchen tool that is operated by only 1 C battery.

Disappointingly, the battery is not included.

It would have been nice if they had included the battery, too.

If you forget to add the battery to your shopping cart, you can’t test it as soon as you get it.

This is an excellent automatic best flour sifter. The best you could get, which makes it totally deserving of this list.

The list wouldn’t have been complete without talking about an automatic model.

The design is very simple, not the most beautiful tool you’ll ever use, that’s for sure.

The mesh is obviously made of stainless steel but the rest it’s made of plastic, BPA-free.

It has a pretty nice capacity – 5 cups.

The attractive feature is that you just flip the switch and watch how the flour is sifted.

It doesn’t get more easy than that.

It’s really fast but the noise is a bit annoying.

Even though it might seem flimsy, there are people who have used this model for many years, more than I would have expected.

Commercial flour doesn’t have any lumps.

But there are recipes that state that the flour used must be aerated.

That’s where a sifter comes in, which is a cup with a fine strainer at the bottom.

Sifted flour is just much lighter than unsifted one. It mixes with other ingredients more easily.

It also won’t create lumps that can weigh down the batter.

You can sift flour together with cocoa powder, the two will be combined evenly before adding to them the rest of the ingredients.

Other ingredients can be added to the flour in a sifter, like baking powder, cornstarch, and more.

Tightly packed flour can be more accurately measured if it’s sifted. Or you can run your fingers through it until it’s fluffy once again.

It can be also used for creating a light dusting of powdered sugar.

Or you can use a dusting wand for that. It depends on what tools you have in the kitchen.

How to Pick the Best Flour Sifter

Since this is a pretty simple, basic kitchen tool there’s not much to consider when shopping for the best flour sifter.

There are a few criteria that differentiate them so, let’s talk a bit about them so that you know what to expect.

Firstly, there are two categories:

I included an automatic best flour sifter because it’s quite popular and not at all expensive.

I would have expected something pricier but, to my delight, it’s not.

I definitely recommend it.

There’s a review just above if you want to learn more about this type and what it offers.

The manual ones can be broken down into:

Does it rust or not?

That is the question.

Pretty much all are made of stainless steel. Which shouldn’t rust.

But that’s not always the case. It’s a high possibility that they might rust.

After washing, dry it out completely to prevent rust.

I would also recommend using a brush to clean it.

I’ve also seen mentions of using compressed air to blow it clean. It can definitely work perfectly but I don’t know how many people have compressed air at their disposal whenever they need it.

The 3-cup flour sifters are the most prevalent.

However, for those who want more, there are quite a few 8-cup models to choose from.

If you don’t want to spend a lot of money at the moment, go with the 3-cup option.

I also included two 5-cup models: one manual crank style made of stainless steel, the other automatic made of plastic, the only automatic model featured on my list.

The Norpro 3-Cup Stainless Steel Rotary Hand Crank Flour Sifter is one of the most affordable that you can get and the quality is truly great.

How to Sift Flour

There’s just one thing that you need to pay attention to.

It’s to the way things are worded by a recipe. This is what I’m talking about:

It sounds a bit too confusing to me but that’s the way it is.

Why is it so important to differentiate between the two?

Because one cup of sifted flour will weigh less.

Like I always say, it’s best to use a scale to accurately measure dry ingredients, instead of the cups method.

Besides that, how you actually sift flour depends on what type of flour sifter you have.

If it’s manual, the most popular is the traditional crank style. You turn the crank and the flour is pushed through a fine metal mesh.

All the impurities are left behind and the result is a lighter fluffier flour than the one that went into the sifter.

The shaking style flour sifter means that you just have to shake the sifter gently from side to side.

The automatic, batter-operated models, do all the work for you. You just have to flip the switch.

Should you Wash your Flour Sifter?

The short answer is no.

To avoid rust, it’s best to clean it with a brush or compressed air.

You can also use a vacuum cleaner, just make sure not to blow the flour all over the floor.

You can wash it from time to time but dry it after.

Since most are made of stainless steel, you can even dry them quickly in an oven.

What can work as a flour sifter replacement?

It’s what my grandmother and mother use all the time, it’s what they’ve always used. It must be in the family.

My mother always sifts the flour but I don’t. I never have.

Even when I used flour from a flour mill, bought in bulk, I didn’t sift it.

My bread came out perfectly and my bread machine had no problem with making the same perfect loaves, as always.

We can conclude that there are two sides: those who use a best flour sifter each time when handling flour, no matter if that flour is already perfect, and those who don’t, no matter how the flour looks, we might aerate it a bit with our fingers,the latter ones being those who don’t bake desserts just bread. 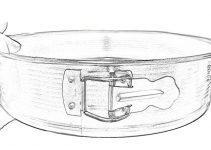 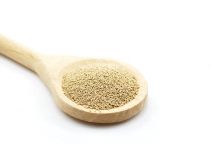 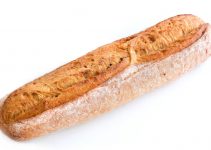