The bread machine vs stand mixer debate is a very interesting one since it’s quite reasonable to compare the two.

These are two kitchen appliances that can help you a great deal in the process of making bread.

If you are interested in another debate of the kind, check out my bread machine vs oven post.

If you want a basic bread machine, one does excellent bread and dough, without costing too much money, this should be at the top of your list.

The Hamilton Beach boasts of having planetary action, just like the much more expensive models from KitchenAid do but it’s one of the cheapest stand mixers and if you treat it with care, it will work wonderfully for making dough and desserts.

Bread Machine vs Stand Mixer: Which one Should You Get? 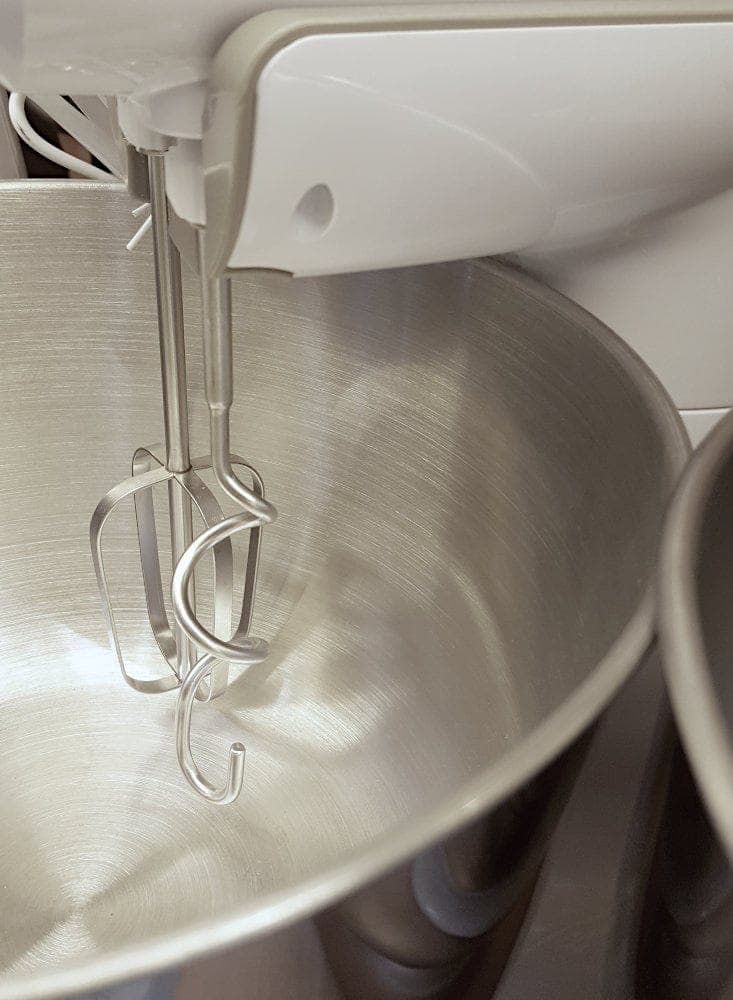 I want to start off by stating the major difference when it comes to the debate bread machine vs stand mixer.

Bread makers not only make the dough but they can bake it, too.

They have preprogrammed settings, the basics are white bread, whole wheat, sandwich bread, dough cycle, jam, and other variations.

Some, not all but a good ratio of them, even have a gluten-free setting.

What does that mean?

You get a recipe book in which there are a few recipes under each setting.

By following precisely the instructions and weight of the ingredients as stated by the recipe, after 3-4 hours you get a loaf of bread.

The machine does all the rest from mixing the ingredients to making the dough to baking that dough until completion.

I just love this simplicity, it’s what attracted me to bread makers from the start.

When you’re really young, as I was when I started using my first bread maker, you’re not exactly keen on spending a few hours in the kitchen to make bread.

I enjoy homemade fresh bread, I enjoy knowing that I’ve selected the ingredients that I want, and I enjoy trying many different recipes but I love that I don’t have to do much, barely anything at all.

They feature so many recipes that have easy-to-follow instructions, using them is wonderful.

There are a lot of people who only buy a bread maker to make the dough and then bake it in the oven.

I’ve relied on my bread machine to make the dough for those kind of recipes that needed to be baked in an oven.

That too, makes things a lot easier and faster.

I can totally understand the reasoning of buying a bread machine just for its dough making capabilities.

You just need a good loaf pan and a good oven after that.

I can help you with choosing the best loaf pan for you, just check out my post if you don’t know what to get. The oven is all on you.

If you need a kitchen appliance just for its dough making capabilities, there’s another option for you.

Getting or using a stand mixer.

And that’s where this bread machine vs stand mixer debate comes in.

If you already have a very good stand mixer and you don’t need the baking part that comes with a bread maker, then use the stand mixer that you have.

If you enjoy both bread making as well as frequently making desserts, you should focus your attention on purchasing the best stand mixer that your budget can get you.

How Good are Stand Mixers?

This is a multipurpose kitchen appliance. It’s an investment that can help you create a multitude of delicious things.

The kneading abilities of a stand mixer are fantastic.

You have different speeds to experiment with and powerful blades that do all the work for you.

They’re truly great and easy to use.

Just measure the ingredients precisely and add them in the order indicated by the recipe.

A stand mixer would have to knead the dough for about 8-10 minutes and that’s it, you get the perfect kneading method because the texture will be similar to the one obtained after the kneading of the dough is done by hand.

For an optimal quality, the dough should be kneaded by hand for up to 25 minutes although the usual 10-12 minutes that we pretty much all know about works, too.

The texture will definitely be similar. That’s an incredible advantage that stand mixers have and, if you already own one, you should take full advantage of it.

In the meantime, you can let the blades and a powerful motor do the work and you can take care of other things. Good multitasking.

Once the kneading is done, you need to remove the dough and let it rise for the time stated in the recipe.

Then, it’s on to baking.

The process might seem a bit long but, if you think about it, you don’t have to do much: measure the ingredients, add them to the bowl, remove the dough once it’s kneaded, let it rise, use a bread lame or a knife to score the dough, place it in the loaf pan or on a baking sheet, and bake it.

They cater to whatever you might want to do. 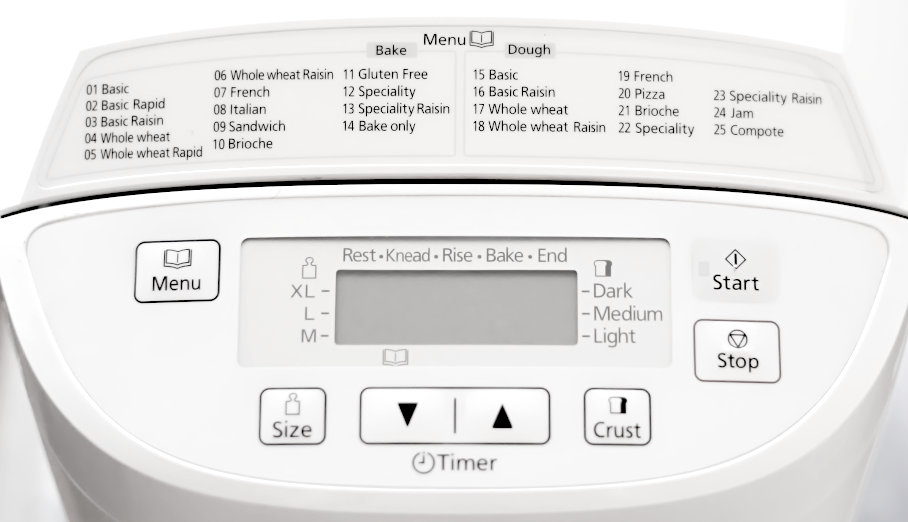 When it comes to both of these kitchen appliances the prices vary a lot.

With a bit of research, you can get the right bread maker or the best stand mixer for you. No matter your budget.

I’ve written a post on the best bread makers, in case you want to find out more about the various models on the market.

To keep it as short as I can:

You still need to spend about $100 to get a good stand mixer, while you can get an Oster bread maker for half of that.

But a stand mixer can be used for all kinds of desserts so, the price is fair and you will enjoy it for many years to come.

My Top Picks:  Bread Machine vs Stand Mixer on a Budget

I will shortly review 2 very affordable models, a bread machine and a stand mixer that stand out both for their good quality but also for their low prices compared to their competitors.

The Oster CKSTBRTW20 is one of the cheapest bread machines.

It’s a basic bread maker but it is very good. It’s great for making various breads and dough. With the help of a bread machine cookbook, it can prove its versatility.

It’s also pretty small and it only weighs 8 pounds. You can easily store it away if you’re not using it regularly.

Those who are looking for a bread maker just for dough making should consider this Oster because I don’t see the point of spending too much money just for that.

But is also makes delicious loaves, that’s its main strength and why I definitely recommend this bread machine from Oster.

The loaves are horizontal, there are quite a few people who can’t get used to the unusual shape.

The design is simple, a white appliance, nothing that stands out, I quite like it.

It comes with a measuring cup and spoon but, when it comes to dry ingredients (flour), I always recommend using a digital scale for perfect accuracy.

It has a simple control panel, there are no difficult instructions to follow.

The only thing missing is a gluten-free setting.

If you’re looking for a cheap bread machine with gluten-free setting, check out the Hamilton Beach 2 Lb Digital Bread Maker 29882.

The Hamilton Beach Electric Stand Mixer 7 Speeds is my top recommendation when it comes to shopping for the best affordable stand mixer.

It’s definitely not for hardcore bakers, for professionals or anything like that. It’s for those who enjoy making bread or baking sweets from time to time, even a few times a week if you have the energy.

It’s perfect for that and it’s quite small.

It will fit even in more crowded kitchens and I really like that. Our kitchens are full of appliances, sometimes it’s hard to buy a new appliance not because of the cost but because you wonder where will it fit.

It has a 4 quart stainless steel bowl, which is one of the smallest that you will find. If you don’t plan on baking for a large family, it will be enough. But those who prefer doing large batches of dough should look for a stand mixer with a much large bowl.

The design is also nice, black and simple, nothing extraordinary.

The bowl does have a handle, it is comfortable to work with it.

Plus, the head tilts high, you won’t encounter any inconvenience when removing the bowl.

It has a removable splashing shield.

Let’s move on to the technical aspects, to the interesting specs that might make you realize that you don’t have to spend a lot of money to enjoy the complexity of an awesome stand mixer.

What does that mean?

It means that it has the same planetary mixing action – the mixing attachment rotates around the entire bowl, all the ingredients are evenly incorporated and thoroughly mixed.

That’s one of its main selling points.

It’s not as powerful as others but it still manages to keep up with everything you might want to do with it. It is powered by a 300 watt motor that promises constant mixing speed.

There are also 7 speeds. The nice thing is that you will find written on the mixer which speed is better for what. For example, the manufacturer has ascribed speed 3 for kneading. It’s a nice little guide that you have instant access to.

And there are 3 attachments: dough hook, whisk, and flat beater.

I don’t think that you need the most expensive stand mixer on the market to obtain a good dough.

Just as I don’t think that you should buy the most expensive bread maker, if that’s the appliance you choose when it comes to bread machine vs stand mixer.

Not everyone can afford spending hundreds of dollars easily.

I’m definitely not one of those persons but, those who can, should obviously check out the more expensive choices no matter which appliance they want to buy.

In a perfect world, I would say: go for both.

You can use the bread maker when you don’t have the time or the energy to do the baking yourself.

And you can use the stand mixer when you want the perfect loaf of bread, when you crave the smell and the quality provided by a professional baker.

Is there anything you would like to add to this bread machine vs stand mixer debate, have you already decided which one would suit your household perfectly? 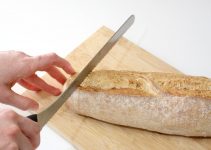 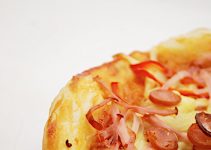 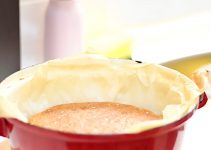