There are plenty substitutes for cooking spray that you can use for whatever you’re baking or frying.

Some of the most popular substitutes for nonstick cooking spray are:

These substitutes will work whether you bake different types of bread, desserts of frying eggs, bacon, meats, scrambled eggs and many other ingredients.

In order to figure out which substitutes will work best for you in the kitchen, you just have to understand what the role of nonstick cooking spray is.

I know that most pans mention that they’re nonstick but most of us still prefer using an additional nonstick component to really make sure that our baking products are released in a second without anything sticking to the pan.

That way, we also ensure that cleaning is a breeze and even just wiping the pan with a clean towel is enough because the pan really looks spotless.

That’s where the cooking spray comes in.

Nonstick spray for baking or non-stick cooking spray is basically just an oil or a bunch of oils. These oils are put in a spray can with a nozzle.

Thanks to the nozzle, we can uniformly spray a fine layer of oil over the entire surface of the pan. It’s used for both baking and frying.

Another thing I like about cooking sprays is that, thanks to the bottle’s nozzle, we only use a bit of it for the whole pan. Thus, if I want to fry my eggs and bacon in just a bit of oil, I just spray my skillet with a fine layer of fat.

It’s also amazing for baking some desserts because the taste doesn’t interfere at all with the rest of the ingredients. You won’t be able to tell that you sprayed your pan with cooking spray. The same applies to when you bake all types of breads or pastries.

Nevertheless, there are so many substitutes for cooking spray that we can use for our baking. You have many alternatives to choose from if you don’t want to pay money for a spray or if you want to bake without changing the texture of your baked goods.

1. Oil: How to Grease a Pan Without Nonstick Cooking Spray 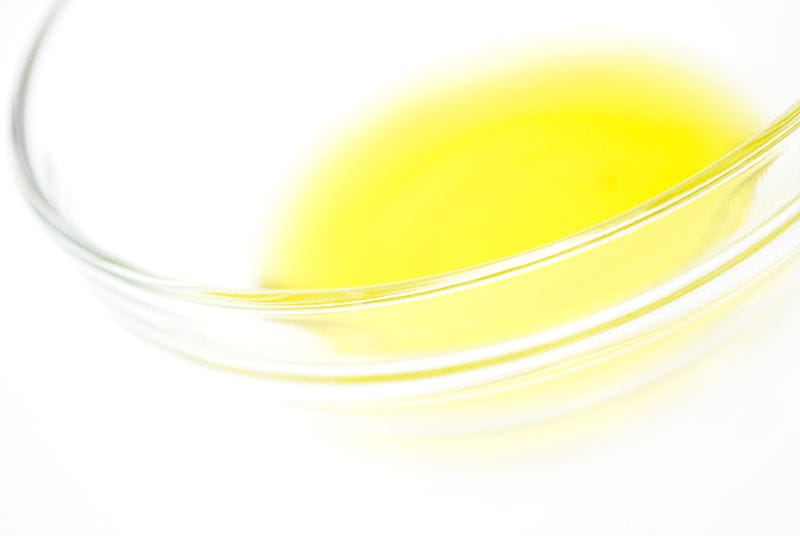 Since we mentioned that a nonstick cooking spray is an oil(s) in a bottle with a nozzle, it’s only understandable that oil is my first recommendation as one of the best substitutes for cooking spray for baking and frying.

For example, if you’re using a waffle cone maker, a pancake maker or any kitchen appliance of the sort, then you dip a paper towel in a bit of cooking oil and then you run the oil over the cooking surfaces and that’s it. That’s how simple it is to substitute cooking spray.

What type of oil can you use to grease a pan?

Whatever type you have in the house and use frequently for your cooking.

Many people will prefer using olive oil and we know just how many benefits olive oil can have.

However, you can also use coconut oil, canola oil, sunflower oil, grapeseed oil and the list can go on.

Well, I wouldn’t be using coconut oil for my breads or pizza but it can work for desserts.

I prefer neutral oils, like sunflower, canola and grapeseed oil. Above all, I love olive oil but I understand that it’s a bit too expensive so you have other cheaper options to choose from as substitutes for cooking spray.

You don’t need to bathe the surface of your pan in oil. You just need a few drops, just enough so that the surface of the pan shines uniformly and the oil appears as just a very fine layer.

Thus, the nozzle of the cooking spray is replaced with our fingers. You can also use a brush if you don’t like getting greasy fingers.

Another way is to put a bit of oil on a paper towel and then grease your pan with the paper towel. It’s a good idea because it prevents us from using too much oil for a quick grease of the pan.

2. Parchment Paper: One of the Best Substitutes for Cooking Spray for Baking Can we really talk about substitutes for cooking spray for baking without mentioning parchment paper? Absolutely not.

I believe that parchment paper is the absolute best substitute for cooking spray, whatever we’re baking or on whatever surface we’re baking.

We can cut parchment paper in different shapes and sizes to fit whatever bakeware we’re using.

When it comes to baguette pans, you can dust the surface with flour, use cooking spray or just grease the pan with cooking oil by using your fingers, a paper towel or a brush.

Parchment paper also works if we’re oven-roasting vegetables or meats. It will prevent the vegetables from sticking to the pan.

On the other hand, you can’t use wax paper because it is not heat-resistant. Wax paper is only used for cold food preparations or for wrapping up food.

3. Butter: Delicious Substitute for Cooking Spray for Baking and Frying Those who want to grease a pan without cooking spray the vegan way, will use oils.

On the other hand, those who bake desserts will often go for butter as the perfect substitute for cooking spray.

It’s also an easy-to-find substitute for nonstick spray but it’s certainly not a cheap one in many parts of the world.

4. Lard: Amazing Substitute for Cooking Spray for Frying and Baking In order to make your own lard, all you need is to melt pig fat. Or you can buy it.

Lard is absolutely delicious for frying and for making fries. I’m not saying that it’s something you should do often but, from time to time, frying in lard is mouthwatering.

You can also spread it in a pan, just like we do with butter, it just needs to be a bit soft by being left at room temperature.

You can make it liquid in a few seconds in the microwave, just like we do with butter.

If you want to try something interesting, you can try spreadable lard as an appetizer.

Moreover, there are also desserts that are made with lard. If you’re interested, you can check some of those recipes here. For frying, I also recommend using bacon grease. You’ll make the most delicious eggs, omelet or scrambled eggs. Fried potatoes in bacon grease are another thing you should try. 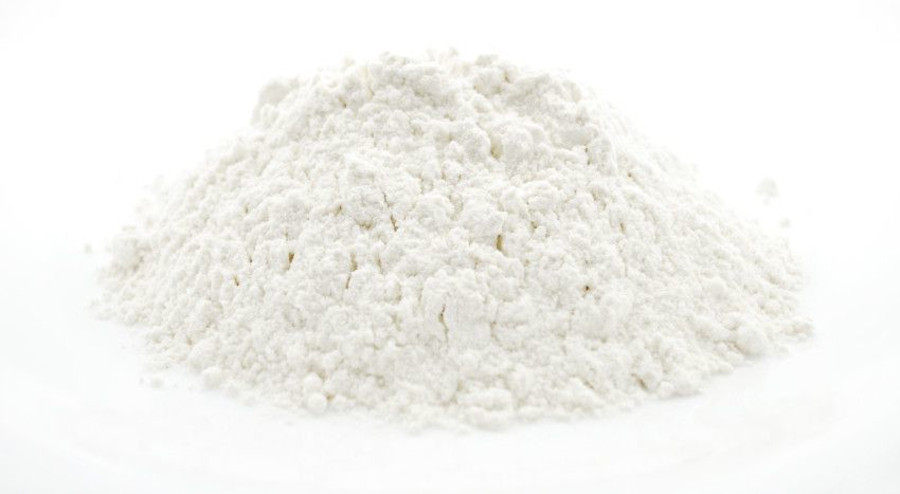 The classic nonstick ingredient for baking is dusting the pan with flour.

Dust a bit of flour all over your pan, shake out the excess, and you can be sure that your baking products won’t stick at all.

Flour is a wonderful substitute for cooking spray for baking that doesn’t cost anything because you only need a fine layer of flour all over your baking surface.

If you’re baking on a pizza stone you absolutely have to resort to using substitutes for cooking spray because oils shouldn’t be used on cordierite pizza stones. Or on baking steels.

On cordierite pizza stones you can use the following nonstick ingredients or materials: flour, parchment paper or cornmeal. Still, out of all three, I prefer parchment paper because it’s without fail and absolutely easy to use.

The thing with using a sprinkle of flour as a nonstick ingredient is that cleaning is going to take longer.

I definitely love parchment paper over flour. It’s not that expensive, it never fails and we don’t have anything to clean because nothing is left behind. To put it simply, I don’t like sprinkling my pans or pizza stone with cornmeal.

I know that many people love it for their pizzas or even for their bread but I don’t like that texture very much and I find it a bit messy.

Moreover, there’s a higher chance to have some parchment paper or some flour or any cooking oil in the house than cornmeal.

Silicone baking mats, like the ones from Silpat, are just awesome as substitutes for cooking spray for baking.

They will be perfect whether you bake desserts, sourdough bread, artisan bread, baguettes, pizza or cook vegetables or meats in the oven.

If you don’t want to regularly buy rolls of parchment paper for your baking, you can just pay once for a silicone baking mat and use it for years to come.

And they’re nonstick so we don’t have to grease a silicone baking mat.

Nevertheless, the disadvantage is that silicone baking mats can only be used on baking sheets.

While parchment paper can be cut in different sizes and dimensions to fit whatever bakeware we’re using, whether it’s mini pans for desserts or Dutch ovens or loaf pans or baking stones, the same cannot be said for silicone baking mats.

These nonstick mats are only made for baking sheets and you should check out their dimensions so that they can fit your baking sheets.

This is just hydrogenated vegetable oil.

It won’t add any flavor to our baking or cooking.

It’s a great substitute for butter, especially for those who follow a vegan diet. For me, the easiest DIY cooking spray involves pouring olive oil into an oil dispenser glass bottle. The advantage of using a glass oil dispenser is the spout that allows us to gently pour oil, without wasting any.

However, if you’re looking for a bottle that creates a mist of oil, you’ll have to get a refillable oil sprayer.

If you can’t find a refillable oil sprayer, search for a refillable spray bottle that mentions that it works for essential oils. Those are used for hair care or skin care but they can work for spraying cooking oil, too.

If I’m making my own cooking spray, I just use oil.

However, if you search online for DIY cooking spray recipes, you’ll see that all the recipes involve mixing oil and water.

Others add equal quantities of oil and water.

Let’s do a quick recap of all the substitutes for cooking spray for baking and frying that we’ve discovered.

1. What to use instead of cooking spray for baking?

2. Can I use oil instead of cooking spray?

You absolutely can use oil instead of cooking spray. A cooking spray is basically an oil or a combination of oils, lecithin as an emulsifier and a propellent. If you don’t want to spend money on a bottle of nonstick oil, you can use whatever oil you cook with: olive oil, canola oil, sunflower oil, grapeseed oil, coconut oil, etc. Moreover, you can also use flour, parchment paper, butter, lard, silicone baking mats, depending on what you’re baking or frying.

3. What can I substitute for Pam spray?

Pam spray is a specially formulated canola oil blend cooking spray that is advertised as having superior non-stick performance. The ingredients for Pam spray are: canola oil, coconut oil, palm oil, soy lecithin (prevents sticking), dimethyl silicone (anti-foaming agent). Therefore, instead of Pam spray, you can use all the substitutes for cooking spray that I mentioned above: oil (whichever type you prefer to cook with), butter, lard, parchment paper, flour, cornmeal, silicone baking mats, bacon grease and vegetable shortening. 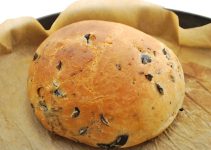 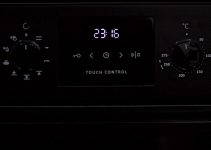 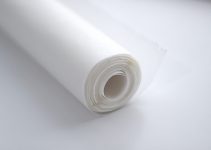